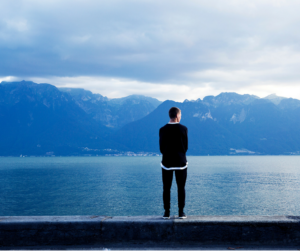 Many times people are in an emotionally abusive relationship and have no idea just how unhealthy things really are. The longer they are in the relationship the more undeserving they feel of healthy connections. They often blame themselves for their poor treatment and second-guess their own reality.

An abusive person may even tell their partner, “No one will ever love you the way I do.” This can be confusing for the partner, because they know they are getting mistreated by the person who “loves them more than anyone ever will.”

(To dive deeper, go to thesnowballeffect.com/maritalcourse to view my free video on How to Fight Fair. After watching the video, I also offer a 3 part marital communication video course, as well as 4 marital coaching sessions. (Psst!  You do not have to be married to get a lot out of this course.)

Signs of an Emotionally Abusive Relationship

Name Calling- they call you worthless, stupid, or another derogatory name.

Public Embarrassment- They criticize you in public or say something to you in order to purposely humiliate you in front of others.

Character Assassination- Rather than commenting on your behavior, they attack your character. Instead of saying, “I think that was a bad decision,” they say, “You are such a bad person.” Rather than saying, “That was a selfish act,” they say, ” You are a selfish person.”

Joking- After putting you down and making you feel bad, they tell you that they were only joking and that you do not have a sense of humor.

Insults to your Appearance- They comment on the way you look in a mean-spirited way. “You look like a clown.”

Sarcasm- Sarcasm is usually rooted in anger and often involves a passive-aggressive dig. You tell your partner that you are working hard on something and they roll their eyes and say, “Sure you are.”

Going for the Jugular- After you have opened up and disclosed something sensitive or embarrassing, they use that against you in an argument. They hit you where it really hurts.

Belittling Your Accomplishments- They act like your accomplishments are no big deal or point out that you could not have done it without them.

Threats- They threaten to leave you, divorce you, or take your kids if they are frustrated or do not get their way.

Giving Direct Orders- Rather than asking if you will help, they bark orders. “Get my dinner now.” “Iron this shirt.”

Isolating You from Your Friends and Family- They do not want you to spend time with anyone but them. They try to make you feel bad for being with friends or family. They fear that if you spend time with your friends, your friends will provide you with the clarity you need to see them as abusive.

Taking Away Your Autonomy- They may tell you what to wear or what to eat. They attempt to control your decisions.

Jealously- You have given them no reason to distrust you, and they are consistently jealous. They become angry when you smile at another person. They accuse you of being sexually interested in a person because you are friendly and polite.

Turning It Back on You- When you try to speak up and tell your partner something that is bothering you, they consistently turn it around and make you feel like you have done something wrong.

Denying Something You Know Is True- Another word for this is “gas lighting” or “crazy-making.” Your partner often denies your reality. He or she hit you, called you a name, showed up late, etc.., and then denies that these things ever happened. You begin to question your own sanity.

Trivializing- When you come to your partner to tell them that something is upsetting you, they trivialize it and tell you that you are too sensitive or making a big deal over nothing. It does not feel like nothing to you.

If you can relate to any of these, you deserve to be treated much better. Do not allow another person to define your worth. Seek counseling. Get help. Talk to a trusted friend, family member, clergy, or physician.

To dive deeper, go to thesnowballeffect.com/maritalcourse to view my free video on How to Fight Fair. After watching the video, I also offer a 3 part marital communication video course, as well as 4 marital coaching sessions. (Psst!  You do not have to be married to get a lot out of this course.)

Kristin is a licensed therapist who works with individual, couples, and families. She is also author of the book, The Snowball Effect: How to Build Positive Momentum in Your Life.