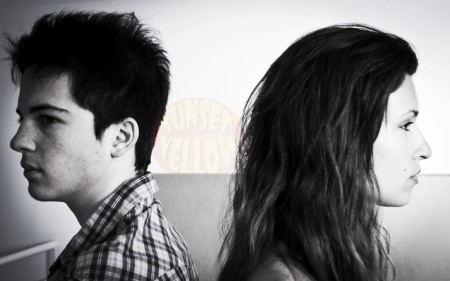 Many of us have been advised through the years to never go to bed angry. In the past, I have been to many bridal showers where friends are asked to write down relationship advice for the bride-to-be. Many times the old advice about not going to bed angry pops up again and again. For some people (not too many), this is effective advice and they are able to calmly and consistently find resolution or agree to disagree at midnight while totally exhausted. But for many… this is relationship advice gone wrong.

Over the years, I have counseled many couples who argue and fight into the wee hours of the morning only to have the conflict escalate and turn really nasty. Sometimes hurtful things are said that will always be etched in memory creating resentment that lasts for years and may even contribute to the eventual demise of the relationship. In extreme situations, the verbal conflict turns physical and the police are called to intervene. When people decide to fight it out late at night rather than just go to bed and agree to discuss it in the morning, they usually end up going to bed angry anyway. Many times they actually go to bed even angrier because they have allowed the conflict to escalate and things were said that cannot be taken back.

Being exhausted is not a good time to try to settle anything. If we remember the acronym HALTS, we can reduce our risk of reacting explosively. HALTS stands for Hurried or Hungry, Angry, Lonely, Tired, Sick or Stressed. When we are any of these things we are more likely to explode on people, especially the people who mean the most to us. If you know that you and your partner are both tired (which is the case for most people late at night), agree to stay away from certain hot topics until you are both better rested. You may find that the thing that had you upset at 11:00 pm isn’t as upsetting at 11:00 am. If you refuse to back down and go to bed angry, your original issue may be insignificant in the morning compared to the things that are said as a result of arguing while exhausted and entering the who did what rage dance.

It can be helpful if you and your partner have a discussion about fair fighting when both of you are calm and on good terms. Decide not to bring up heated topics (things you tend to argue about often) when already feeling HALTS. Make these heated topics off-limits late at night. This does not mean you are avoiding the situation. You are just agreeing to discuss them when you are both less likely to explode and say something that you will regret.

When your partner is upset, allow him or her to walk away, take a time-out, or get some rest. You and your relationship will benefit when emotions are not at explosive levels. (They can get there very quickly when we are tired.)

Note: There are some couples who can effectively heed the old advice and work things out when they are tired. They are very skilled in conflict resolution even when they are exhausted. But for many, exhaustion leads to explosion rather than resolution and getting some sleep can help.

P.S. The relationship advice assumes we all have extremely effective conflict resolution skills. The thought is this… Don’t go to bed angry because if something were to happen to your partner in the middle of the night, things would be left unresolved. While this is valid, many people have not learned the conflict resolution skills to prevent anger from becoming rage (especially when tired). They end up going to bed angry anyway! We don’t want to go to bed with things unresolved- so we often, unknowingly, make them worse.

If you are interested in knowing more and learning evidenced based practices to prevent explosive reactions, improve conflict resolution skills, and better your relationship, check out my book, The Snowball Effect: How to Build Positive Momentum in Your Life. It is full of effective life practices such as letting go of resentment and stopping explosive reactions. The book is practical, encouraging, and makes a great gift, too. It is available on Amazon. The e-book edition is currently only $3.03. Click here to read the Amazon reviews and find out more.

This post was written by Kristin Barton Cuthriell, MEd, MSW, LCSW. Kristin is a licensed psychotherapist and author of the book, The Snowball Effect: How to Build Positive Momentum in Your Life. Kristin counsels individuals, couples, and families.