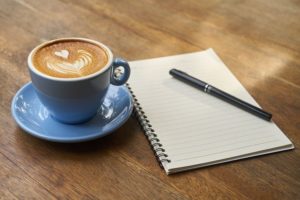 None of us are immune to the difficulties in life, and sometimes it seems as if life throws us one curve ball after another. Although we often cannot control our circumstances, we can open our mind to different perspectives. How we view the situation and the story we tell ourselves about our circumstance will ultimately determine our direction moving forward. When I speak to groups I often share a story about adversity and perspective. Having been recently diagnosed with cancer and currently undergoing aggressive treatment, this story is certainly on my mind so I decided to share it with you today.

A young woman went to her mother and told her about her life and how things were so hard for her.  She did not know how she was going to make it and wanted to give up.  She was tired of fighting and struggling.  It seemed as one problem was solved a new one arose.

Her mother took her to the kitchen.  She filled three pots with water.  In the first, she placed carrots, in the second she placed eggs, and the last she placed ground coffee beans.

“Carrots, eggs, and coffee,” she replied.

She brought her closer and asked her to feel the carrots.  She did and noted that they were soft.  She then asked her to take an egg and break it.  After pulling off the shell, she observed the hard-boiled egg.  Finally, she asked her to sip the coffee.  The daughter smiled, as she tasted its rich aroma.

The daughter then asked, “What’s the point, mother?”

“Which are you?” she asked the daughter.  “When adversity knocks on your door, how do you respond?  Are you a carrot, an egg, or a coffee bean?”

Think of this:  Which am I?

Am I the carrot that seems strong, but with pain and adversity, do I wilt and become soft and lose my strength?

Am I the egg that starts with a malleable heart, but changes with the heat?  Did I have a fluid spirit, but after death, a break up, a financial hardship, or some other trial, have I become hardened and stiff?  Does my shell look the same, but on the inside am I bitter and tough with a stiff spirit and a hardened heart?

Or am I like the coffee bean?  The bean actually changes the hot water, the very circumstance that brings the pain.  When the water gets hot, it releases the fragrance and flavor.  If you are like the bean, when things are at their worst, you get better and change the situation around you.

When the hours are the darkest and trials are their greatest do you elevate to another level?

How do you handle adversity?

ARE YOU A CARROT, AN EGG, OR A COFFEE BEAN?

Let’s do this! I will beat cancer and use this adversity to better help others. Whatever you are going through…join me as we elevate ourselves to another level. Don’t allow your difficult experience to stop you! You got this! Let’s do this!

All my best to you, 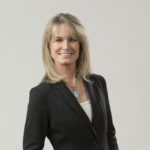 Blog post written by Kristin Barton Cuthriell, psychotherapist, educator, and the author of The Snowball Effect: How to Build Positive Momentum in Your Life.