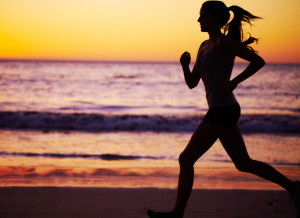 (Empowerment is so important! In case you missed this, here it is again.  It was originally posted on February 6, 2014.)

Empowered people don’t give their power away. They know they have worth and flat out refuse to do certain things.

1. They refuse to do the same thing over and over again and expect a different result. Empowered people recognize when something just isn’t working, and they either accept that it is not going to work and it is out of their control, or they find a way to change it. They know when it is time to try something different. They are similar to a GPS in that they don’t give up, but they know when to reroute.

2. They refuse to spend their precious time criticizing and judging other people. Empowered people know that they are not going to move forward while spending their time looking for faults in others. They know that they have a choice. They can try to find something positive in everyone they meet and move forward regardless of the frustration that they sometimes feel, or they can stop growing personally and professionally in order to focus on the shortcomings of others. Empowered people chose to grow.

3. They refuse to ruminate on past failures. Empowered people view failures as learning opportunities. They are open to improvement. They know that if they continue to learn from each failed attempt, each attempt brings them one step closer to accomplishing their goal. Empowered people don’t have time to dwell on failures. They are too busy learning new ways to get the job done.

4. They refuse to allow others to diminish their vision. Empowered people know that there will always be people out there that do not support their vision. Vision smashers may be jealous, they be threatened by the success of another, or they may not have vision themselves so they are unable to understand another person’s vision. Whatever the reason, empowered people don’t allow discouragement to get in the way.

5. They refuse to sit back and rely on luck alone. Empowered people know that luck alone is just not enough. Sure it helps, but happiness and success has a lot to do with action and attitude. Empowered people often practice the 5 P’s. Practice. Perseverance. Patience. Progress. Prayer. ( The 5 P’s were taken from the book, The Snowball Effect: How to Build Positive Momentum in Your Life)

11. They are not highly defended. Empowered people are able to drop their defenses enough to learn from their mistakes and grow mentally, physically, emotionally, and spiritually. They are okay with not being perfect, but they do strive for progress and excellence.

Now it is your turn. Do you have something to add to this list? We love to hear from you! 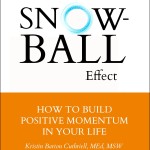 Kristin is a licensed clinical social worker and psychotherapist. She is also the author of the new book, The Snowball Effect: How to Build Positive Momentum in Your Life. Now available on amazon.com   and barnesandnoble.com.