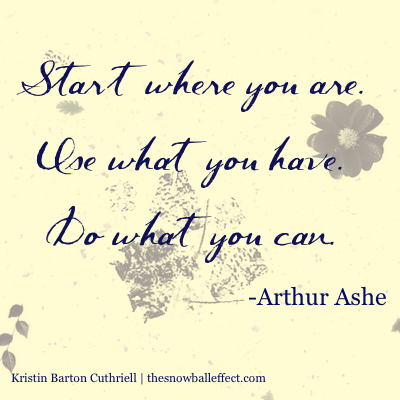 10 Things Successful People Know How to Do

1. They know how to analyze feedback. Successful people are open to all feedback, but they know how to differentiate the helpful feedback from the harmful feedback. They aren’t defensive and truly want to know whether they are listening to someone who has a hidden agenda such as jealously, envy, or a lack of vision themselves, or to someone who really has their best interest in mind. When successful people hear feedback they look for patterns. If they have heard the same thing from several different sources, they pay close attention. They begin to think, Hummm…this is the third person who has told me this. Maybe there is something to it. Maybe I need to make some changes. Successful people know that some people may be threatened by their success and are critical due to their own bitterness and resentment. They also know that there are other people who just want to help them grow. Successful people know the difference because they don’t allow their defenses to dismiss feedback too quickly or their insecurities to attach too personally.

2. They know how to reject rejection. Successful people know that they aren’t for everyone. Although rejection doesn’t feel good, they don’t take it too personally, and they surely don’t allow it to define their worth. They do not give up on themselves or their vision just because someone else wasn’t interested. They know that the one who isn’t interested is the wrong fit and the right fit is out there. Jack Canfield and Mark Victor Hansen, the authors of the Chicken Soup for the Soul books, were rejected 140 times before finally finding someone who would publish their first Chicken Soup for the Soul book. They had been told that short stories don’t sell. The first book ended up selling 10 million copies- turning into a series of 250 bestselling books. The worldwide sales ended up being over 500 million books. There are many stories like this. Successful people know when something isn’t working, but instead of changing their vision, they may just change the path to get there. They reject rejection.

3. They know that driving the boat is better than living in the wake. Successful people know that they lose their present and their future by getting stuck in the past. They know that the past is over, and it can’t be changed. They are very aware of the mistakes that they have made so that they can use them as learning tools. But they also know that refusing to forgive themselves and others robs them of the now. It steals the energy they need to drive the boat. They know that resentment slowly kills- not their offender, but themselves. Successful people are able to let go of bitterness, resentment, and harsh self-judgments so that they can move forward in life. They refuse to spend too much time in the wake of the boat (the waves behind the boat ), when they can be driving.

4. They know how to balance acceptance and change. They don’t spend a lot of time focusing on what they can’t change. No matter how difficult it may be, they accept these things. But they are also willing to put up with the temporary anxiety that accompanies change so that they can grow. Successful people know that some people just go through life, while others grow. They are the ones who grow. They are very aware that change can be difficult, but they embrace it anyway. Successful people know that anything new can feel uncomfortable, but they know that the uneasy feeling won’t last. They also know that without change all growth stops.

5. They focus on progress rather than perfection. Sure, they strive for excellence. But they don’t demand that everything be perfect when they are progressing. They don’t skip steps, and they don’t demand immediate success. They look at their progress along the way. Successful people know that having one bad day or experiencing a failure doesn’t mean they have failed. They know that taking a step back doesn’t put them back at square one. They get back up, focus on how far they have come, and keep going!

6. They spend time with positive people. Successful people don’t spend a lot of time with complainers. They are able to listen and validate the concerns of others, but they avoid getting sucked into a well of negativity. People give off energy. Being around people who are constantly giving off negative energy will negatively affect you. Successful people know this and make sure their energy is balanced. They never let the negative outweigh the positive. They spend time with positive people and search for things that keep them inspired.

7. They challenge their limiting beliefs. Successful people are mindful of the beliefs that get in their way. This means they are aware. This is a skill that they have practiced. They not only think about what they are thinking, they challenge their thoughts. Here are some examples of some thoughts or beliefs they challenge. “I can’t do it.” “It will never work.” “Nothing good ever happens to me.” “It will be a catastrophe if it fails.” “I am unworthy.” “I am not smart enough.” “It will take too long.” “No one will like it.” “I am unlovable.” “They will reject me.” “They won’t like me.” “I will make a fool out of myself.” “It is impossible.” “Those kind of things don’t happen to people like me.” “I don’t deserve it.” “I can’t handle the rejection.”

9. They are humble. Living with humility makes these people very approachable. Successful people are not self-deprecating, meaning they don’t put themselves down (unless it is all in good fun to get a good laugh out of the crowd), but they don’t put themselves above others either. Their humility adds to their leadership ability and earns them the respect of others. Because they treat others with respect, others respect them. Many people who exude arrogance may appear successful, but take a closer look. At the root of arrogance and at the root of narcissism, is a deep feeling of inadequacy. Truly happy people don’t go around belittling others. So although an arrogant person may appear to be successful in his or her career, how successful does he or she feel in their life? Successful people admit their mistakes because they know that their mistakes don’t define them. Successful people are humble which makes their relationships more successful.

10. They know that success takes hard work. Many times if you put in a lot of hard work upfront, you will begin to build momentum and your work gets a lot easy. Although your work may get easier, you still have to work. Successful people know that they can’t stop working. This doesn’t mean that they can’t take a break, have some fun, spend some time in silence, or even retire. It just means that they don’t take things for granted. They know that their relationships (no matter how good) require work. If they don’t feed their relationships and save only crumbs of time for the people most important to them, their relationships will begin to deteriorate. The same is true with their bodies. If they stop exercising, they will lose muscle tone and eventually they will lose the mobility in certain body parts. Successful people know the importance of hard work and action no matter how you define success.

Now it’s your turn. What do you want to add to this list? How do you define success?

This article was written by Kristin Barton Cuthriell, MEd, MSW, LCSW. Kristin is a licensed psychotherapist, national speaker and educator, and author of the book, The Snowball Effect: How to Build Positive Momentum in Your Life. If you would like to read more from Kristin, you can check out her blog at thesnowballeffect.com or her Facebook page at facebook.com/kristinbartoncuthriell.