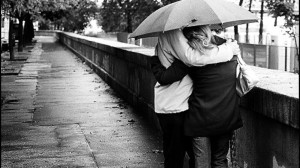 Do you know the difference between true intimacy and the fantasy bond?

(Some of you may have seen this on my blog about two years ago, but I thought I would post it again for those who may have missed it. So here goes…)

Many people confuse the fantasy bond with true intimacy. Although these two styles of relating may appear similar to outsiders looking in, they are indeed very different. One style involves openness, vulnerability, and authenticity and the other involves insecurity, defensiveness, and fear.

True intimacy is characterized by feelings of compassion, empathy, and equality. It involves vulnerability. Both partners are able to drop their self-protective defenses and allow themselves to be authentically known. True intimacy involves emotional exposure- exposing the good, the bad, and the ugly. The social masks are taken off and put away. It is the “Here I am! Strengths, Flaws, and All.”

Truly intimate relationships are rooted in genuine caring, concern, and deep emotional closeness. The competitiveness and envy that often exist in the fantasy bond are not present in these authentic connections that are grounded in goodwill, sharing, and loving mutuality.

Their relationship has a dependency quality to it. Rather than being rooted in compassion, empathy, and understanding- it is rooted in insecurity. The fantasy bond is an illusion of connection and is characterized by fear. The fear of exposure, the fear of abandonment, the fear of engulfment, and the fear of rejection.

People engaged in a fantasy bond are in love with the thought of being in love but often build up walls to keep out a genuine authentic connection. Many times the fantasy bond consists of two people who are so afraid of rejection that they do not expose their authentic self to one another. They refuse to let their guard down even with the person that they feel they love. They have learned that closeness is dangerous- a risk that they are unwilling to take.